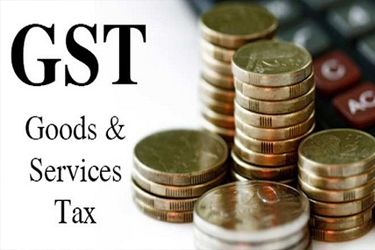 In my role as a Claims Manager, at settlement of a claim by an insurer, one of the most common questions I am asked by clients is “why didn’t I get paid the GST portion?”

To answer that question, we need to have a quick look into GST legislation and how it works for GST registered businesses.

If you are registered for GST and hold an insurance policy for an asset you use for business purposes, you can claim an Input Tax Credit for the GST included in the premium. Usually this is 100% of the GST portion, however sometimes this can be a proportion of it depending on individual circumstances.

For example, if you pay a premium of $110 inc. GST for insurance on your commercial property, when doing your tax you may be able to claim the GST portion of $10.

Now when using that policy to make a claim, generally your insurer will only compensate you in respect of the actual loss incurred, not the GST portion and in proportion to the GST that you had claimed back when paying your premium or purchasing the asset that you are making a claim on.

Settlement of a claim under an insurance policy does not give rise to a GST liability for you; as long as you notify the insurer of the entitlement to GST credits on the premium when the claim was made.

Now for those of us who aren’t accountants, like myself, this was a bit confusing at first, and hard to explain to a client who in their mind have been short changed by their insurer.

The insurer will expect to cover you only for the actual loss – that is, the loss minus the amount of GST credits you can claim on the repair or replacement cost of the item insured. For example if you paid $110 to repair damage, your insurer would reimburse you $100 and you would be entitled to claim a $10 tax credit.

To avoid the GST liability when making a claim, the insurer can authorize the repairs directly with the repairer or supplier. In this situation, as the insurer has provided authority, they will pay the repairer directly, instead of reimbursing you and having you pass on the funds, along with the GST portion to the repairer.

Vehicle is a total loss

Insurer has no arrangement and no contact with the repairer

Vehicle is a total loss

Hopefully this has provided a bit more clarification next time you need to lodge a claim.

Even if you are not a current client of ours, if you have any questions or would just like to discuss a claims issue you are experiencing, please feel free to give our office a call and have a chat with our dedicated claims staff.